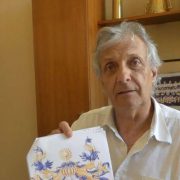 This article appeared in the journal SudOuest on Monday July 29th, and reports on the gathering in Clairac, which lasted from Friday 21 till Sunday 23 July. 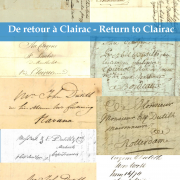 Descendants of Moise Dutilh and Judith Dulac, living in Clairac in the seventeenth century, will be gathering in Clairac in the weekend of July 21-23, 2017. Over 50 participants from Europe and US are expected to be present. Details of the programme will be published soon on this stie, or can be obtained by sending an e-mail to clairac2017@dutilh.com.

Descendants of the Dutilh-family in Clairac will be gathering in that town in July 2017. Plans for that event, which will take place from Friday 21 until Sunday 23 July, are being developed. Enthousiastic responses are being received, not only from the family in The Netherlands, but also from other places in the world. It promises to become an exciting event. People related to the Dutilh-family in Clairac can contact us via chris at dutilh.com, where also additional information can be obtained.

Hendrik Dutilh, born in Izmir (Turkey) in 1929, is the eldest living male Dutilh, descending from the Clairac Dutilh-family. He still lives in Izmir, where he has been running various businesses in the field of shipping and tourism, first together with his father Ernest Dutilh and, after his death in 1965, together with his younger brother Karel Dutilh. Like his father, Hendrik has been consul for the Netherlands in Izmir, between 1960 and 1995. Karel held that position between 1995 and 2013, the year in which he died during his holiday in France. In 2000 the Dutilh brothers sold their enterprise, Dutilh shipping and tourism Ltd, to continue their operations on a smaller scale as Dutilh shipping and tourism İNC. That company was sold in 2012.

For the occasion of the family-gathering in Clairac, Hendrik has prepared a video in which he thanks the mayor of Clairac and his fellow citizens for their hospitality and for their warm welcome to the family-members.

Hendrik memorizes Pierre Dutilh and his nephew Jacques, who left Clairac in 1692 and 1717 respectively for Amsterdam and Rotterdam. Jean Jacques Dutilh, grandson of Pierre and born in Amsterdam in 1762, left that city in 1786 to settle in Smyrna (Turkey). His descendants have been living in Smyrna/Izmir until the present day, with Hendrik being the last living male descendant left. All these Dutilh’s were businessmen, trading with Europe, and in particular with The Netherlands.

Hendrik regrets that due to his age, and because of the long distance between Izmir and Clairac, he cannot be present at the family-reunion.

As the patriarch of the family, he wishes all participants a wonderful event.